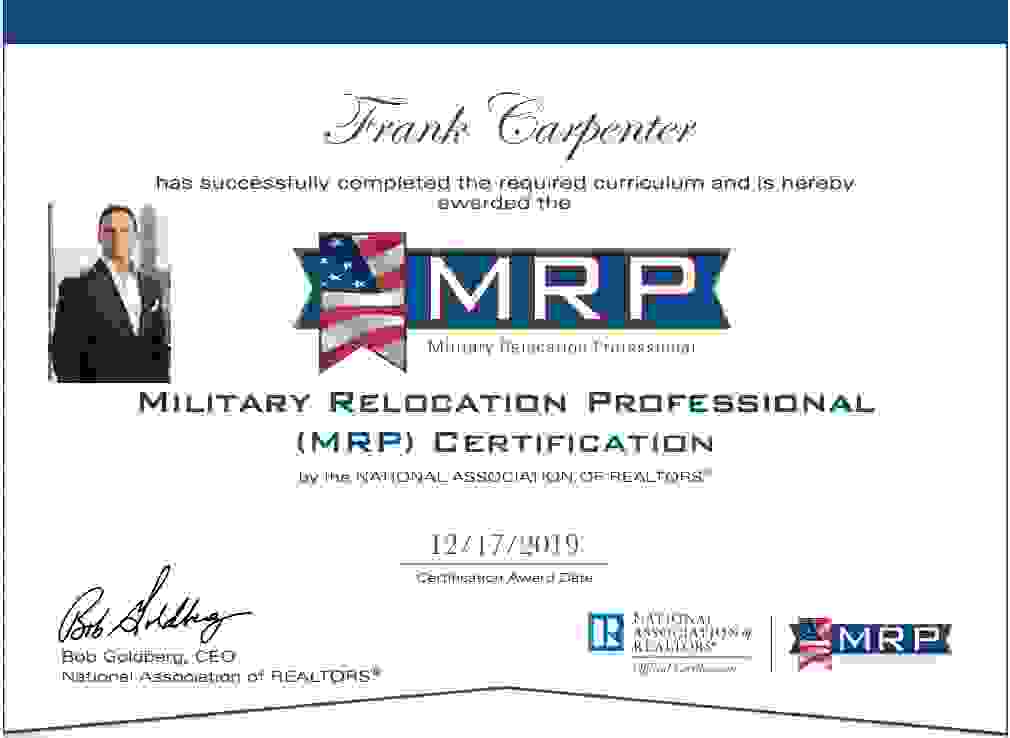 I have helped many active duty military relocate to San Diego. In fact I am certified by the National Association Of Realtors as a Military Relocation Professional. I have worked with a lot military personnel to help them find a home or even sell their home.

There are quite a few Navy and Marine Corps bases in San Diego County and we have worked with all of them to get you placed into a new home or condo in a neighborhood that fits your requirements.

If you’re in the Navy and relocating to San Diego then you are probably going to be.

stationed at one of the following bases:

If you’re in the Marines and relocating to San Diego then you are probably going to be stationed at one of the following bases:

Regardless of the branch of military service you are in I am here to help and the process is the same. Most of the time military homebuyers use their VA Loan to buy a home or condo. This is an awesome loan because you can purchase real estate with no money down. There is also no “PMI” Private Mortgage Insurance on VA Loans which can save you hundreds of dollars a month. That’s more purchasing power for active duty military and veterans alike.

I have countless 5 Star Reviews on Zillow and Yelp and many of them are from the military families that I helped either buy or sell real estate in San Diego County. I would love to show you our 5 Star Service and why I get so many high ratings on review sites. I have been a licensed real estate agent in San Diego since 2006.

Because I work with so many sailors and marines when buying homes in San Diego County I know that the most important thing considered is commute time to and from the base and also about The BAH. So depending on where your stationed and your BAH, you will probably want to purchase within a reasonable drive to the base that you’re going to be stationed at, and within your BAH limits.